Looking to take your business to the U.S.?

In the latest edition of JLL Research Report 2019 the life science clusters in San Diego, San Francisco and Boston are described as the biggest in the U.S. Read more about the regions below.

San Diego, with its rich pool of R&D talent and new company formations, is known for continually producing companies with advanced technologies that position them for acquisition. Global biotech and pharma companies continue to depend on early-stage biotechs to drive innovation, and San Diego has proven it can do just that. The region has secured over $56 billion in mergers and acquisitions activity since 2011. In addition, San Diego is well positioned to attract continued attention from the major players in the national and global markets. The region’s Life Science industry generates $18.6 billion in annual economic activity with more than 850 establishments making it one of the biggest clusters in the U.S. San Diego also receives a large amount of research funding from the National Institutes of Health (NIH), with $921 Million awarded for FY2018.

The San Francisco Bay Area is the birthplace of the biotechnology industry, and it is a leading life sciences market today. The founding of Genentech in South San Francisco in 1976 gave the industry its start, and a unique combination of talent and money has helped the sector grow. The University of California at San Francisco, Stanford University, the University of California at Berkeley and others are a source of talented graduates and also provide advanced technologies and scientific discoveries, establishing a critical mass of scientific research professionals to help new and existing companies grow. The Bay Area is a good place for businesses seeking venture capital funding. Biotech, pharmaceutical and medical device makers in San Francisco and the Silicon Valley attracted $1.2 billion in venture capital during 2017, representing about 30 percent of the total nationally for these industries. As of 2018 the Life Science employment in San Francisco reached 16,564 and it is expected to increase to 19,002 in 2023. A record of $4.9 billion in venture capital funding occurred in 2018.

Greater Boston possesses the largest concentration of life science researchers in the United States. Home to many of the global leaders in tech and life sciences, the Kendall Square neighborhood in East Cambridge has been touted by some as “the most innovative square mile on the planet.”.  The Greater Boston area is home to many elite academic and research facilities, as well as a strong investor appetite for life science investment. Since 2014, VC funding has increased by over 279 percent for biotechnology companies in Greater Boston. Greater Boston’s economy is fueled by a large concentration of healthcare professionals, with life sciences employment accounting for 4.6 percent of the region’s total employment, one of the highest proportions among U.S. life science clusters. Between 2014 and 2017, the Boston-Cambridge market grew faster than any other major life science cluster. This market is well-positioned for continued growth due to the region’s exceptional educational institutions, top-rated talent and abundance of available funding. In 2018 the Boston-Cambridge market was the #1 NIH funding recipient by receiving $2.4 billion.
Source: JLL Research Report 2019 - Life Science Outlook 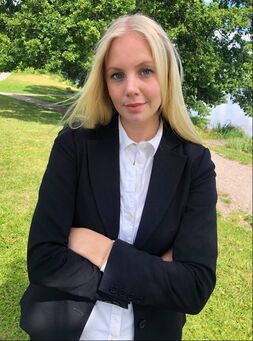